About Us
We are on a mission to build world-leading software that supports your church at an affordable price. 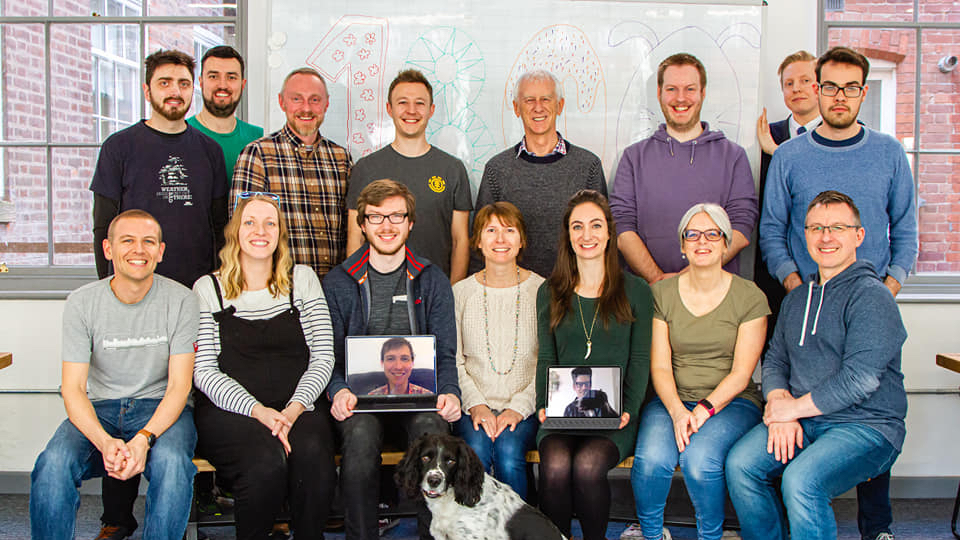 Send us an email

If you'd like to email us, here's our address: support@churchsuite.com

How it all started

Our story began when our founder, Gavin, was on staff at his local church. Alongside his role as a kids' pastor, he built tools to help the church run more efficiently - the member's database, small group ministry and Gift Aid/giving to name a few. As other churches saw these tools, they showed an interest in using them, but they hadn't been built to be customisable or support multiple churches.In 2011, having pondered the idea for nearly 3 years, Gavin started to rebuild these tools from scratch and released a Beta product, ChurchApp, to a small number of churches in August of that year. With positive feedback and continued development, ChurchApp launched as a full product in January 2012, including four modules.

Initial growth was encouraging and as our customer base grew (from 20 (2012) to 250 (2015) to 1000 in 2018), so did our team. We're passionate about the local church and passionately support its mission. From developers to support team members, many of our team have previously been on staff at their local church, seeing first-hand how ChurchSuite can help in a ministry context. Today, ChurchSuite is trusted by more than 2,000 churches around the world.In 2017, we changed our name from ChurchApp to ChurchSuite. ChurchSuite is so much more than an app - it's a full suite of interconnected products, working seamlessly together, helping to organise and manage all aspects of church life.

Passionate about the local church

Despite all our well-loved and widely-used functionality, the feedback we consistently hear that ChurchSuite is best known for is its culture of passionate support for the local church and its mission. We love the Church and our mission is to build world-leading software that supports the Church at an affordable price.It is our passion and love for the Church that comes through in our customer service. Time and again, customers mention that they appreciate that we listen, respond promptly and take their feedback into account when building new features or updating existing ones. A growing number of customers have chosen to provide reviews, which are available online.

This is just the beginning...

Over the years we've matured, grown and expanded... but our passion and energy remain the same! We have vision and dreams for new features and functionality, and we're so grateful to the churches who choose to join us on this journey. We might be a few years into this journey now, but our vision is the same it always has been: God has called us to build software that supports your church and extends His Kingdom.To us, this is just the beginning...